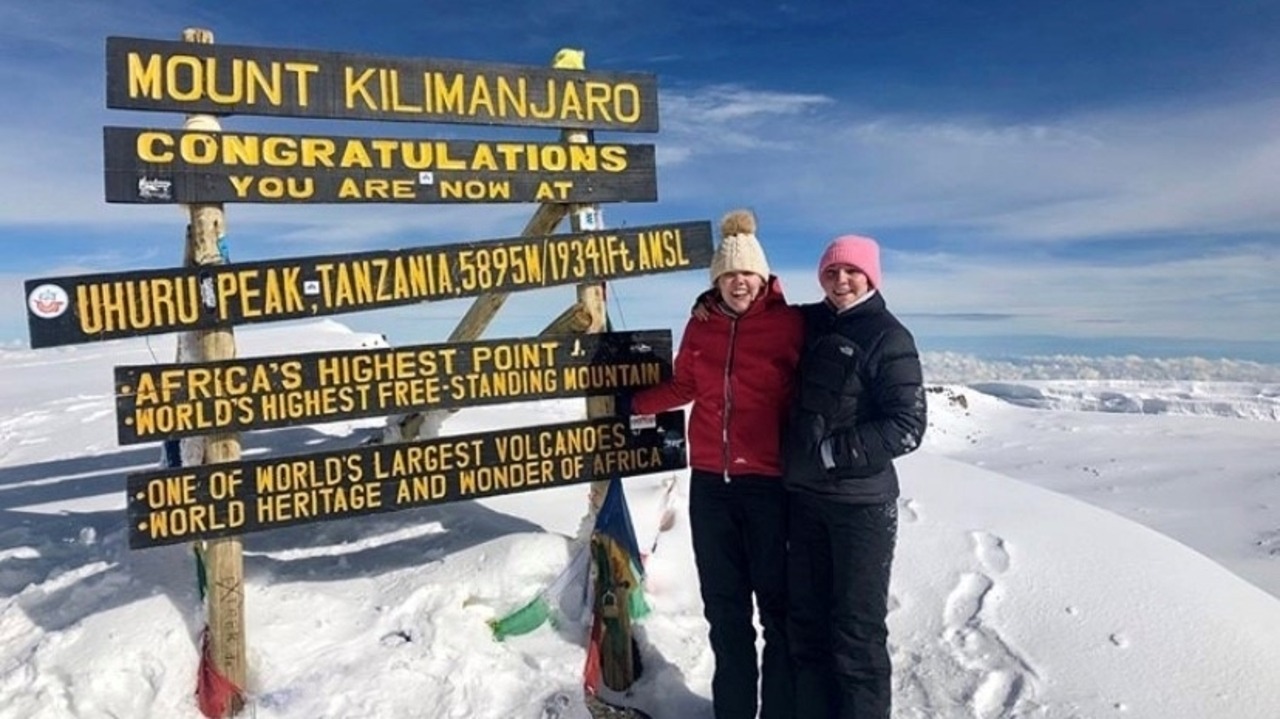 Katie, our Trip Co-Ordinator, took on the challenge of climbing Mount Kilimanjaro in 2018. In this month’s travel tale, walk through the amazing adventure of a lifetime day by day via Katie’s first-hand experience.

What: Working as a Sports Development Officer and Coach for Sports Charity Mwanza (SCM)

Where: Mwanza – the second biggest city in Tanzania

Why: 1) Because of my love for Africa, sport and international development

2) Because of my passion for helping people

3) Because of my desire to live abroad

Before I travelled to Mwanza, I hadn’t really given it much thought. I was just excited to be going, living and working out there. In all honesty, I had no expectations. It was what it was, and, in hindsight, I quite liked that.

When I arrived in Mwanza, I was greeted by Estelle who had volunteered for SCM for a few years, going back and forth from her home in Switzerland. After a two-week induction period, learning about the charity and exploring the city, I was essentially left to get things going. My main role whilst in Mwanza was to fundraise money for the construction of sports centres in the local area, liaise with the city council and help organise a big open day. Additionally, I helped to set up local netball clubs, provided workshops for local teachers/coaches and conducted training sessions for street children, students and adults.

In doing this, I met and worked with so many great people. I saw so many different areas that I wouldn’t have even thought of visiting if I had just taken a short holiday there. I really got to see every side of it.

Now, 10 months is a pretty long time so I won’t go into masses of detail about my adventures outside of my working commitments with SCM. However, I will focus on one: climbing Kilimanjaro – Africa’s largest mountain.

When climbing Kilimanjaro, there are several routes you can take: seven to be precise. My friend Hattie and I chose the Machame route, which is known to be the most scenic.

Day 1 (31st March 2018): Hattie and I were picked up outside our accommodation by our 11-strong climbing team.  Among them were two tour guides, Patrick and Makachi, the cook, Harry, and Boniface, one of the porters. We said hello – or mambo as you would say in Kiswahili – and drove to Machame gate where we began our walk through the rainforest to our first camp, Shira Camp 2.

Every day, each of the nine porters would carry a bag weighing up to 40kg all the way to the top. These bags held tents, pre-prepped food, cooking equipment, sleeping bags and mats, water, medicine, and clothing.

After eight hours of walking, we arrived at our first camp – Shira 2. The porters had already set up our tent and prepared our dinner, which was always traditional Tanzanian food (except for the spaghetti bolognese we had one evening). After dinner, we had a wander around the camp and went to bed.

Day 2 (1st April 2018): I honestly couldn’t tell you what time we woke up, but it was typically around 6am every morning. After a bit of breakfast – usually some eggs – we would stick our boots on, grab our day bags and head up the mountain again with Patrick, Makachi and the rest of the team.

After another day of walking and some jokey banter, a few of the team started to notice I knew a little more Kiswahili than just the simple hello we exchanged at the beginning. After 80 hours of lessons and some help from the local family I lived with back in Mwanza, the team were slightly surprised when I began to laugh at the jokes they made between themselves!

As the day went on, we finally arrived at the second camp, Lava Tower. It was the same set up as our first camp – tents already erected and food cooked. After dinner, Hattie and I went exploring again before getting some rest.

This camp was slightly warmer than the previous ones due to the high walls around it, thus preventing the wind from coming in. It overlooked a city and, on a clear night, is well-known for stargazing.

Day 4 (3rd April 2018): Another 6am wake up and off we went to climb the Barranco Wall. From a glance, it looked quite steep, which it was, but it was also very fun to climb. Near the top of the wall, the track narrows and a large rock – known as the kissing rock – overlaps the path. When approaching this section, we were advised to hold on tightly to the rock and shuffle closely alongside it. As you pass by, you are almost compressed against the rock, so much so that you almost end up kissing it on your way by – hence its name ‘the kissing rock’.

After moving past the rock and a further four-hour walk, we made it to the fifth and final camp, Karanga Camp (karanga meaning ‘nuts’ in Kiswahili).

Typically, when climbing a mountain, it is very common to get altitude sickness. I considered myself quite lucky as I only experienced a pounding headache, which was easily cured with some ibuprofen. However, Hattie got the full shebang – nausea, tiredness and a loss of appetite. So, after a slow, long walk and a few stops behind the rocks for Hattie, we finally made it to Karanga Camp. As usual, upon arrival, our tents were set up and dinner prepared. As we expelled a lot of energy, walking for so long each day, it was obviously important to eat a sufficient amount of food. However, this wasn’t possible for Hattie as she had no appetite whatsoever. As I love Tanzanian food, this was rather lucky for me as I happily ate what Hattie couldn’t.

Day 5 (4th April 2018): From Karanga Camp, we headed up to Barafu Camp (barafu meaning ‘ice’ in Kiswahili). It was clear why this camp was called Barafu camp – the air was much thinner and felt 10 times colder. By this point, our faces were red and puffy, and Hattie’s hands had swollen like a balloon. In hindsight, and writing this all down, it doesn’t seem like Hattie had much luck during this trip.

Once we arrived at Barafu camp, which was earlier than usual, we were advised to get an early night. We would only have a short sleep as we would be getting up at 12am to start the walk to Uhuru Peak – the highest point of Kilimanjaro.

Day 6 (4th April 2018): As Hattie had barely slept, we started our climb a little later, around 2am. I offered to carry Hattie’s bag which she happily accepted and I soon regretted. My day bag was quite small and compact and weighed just over 1kg. Hattie’s on the other hand weighed 6kg! Although this was nothing compared to the 40kg the porters were carrying, Patrick and Makachi were still baffled as to why Hattie’s bag weighed so much (I still don’t even know to this day).

We set off with Patrick and Makachi, leaving the rest of the team at Barafu Camp. On our way up, we stopped at what was about halfway. Firstly, to catch our breath as the air became much thinner and, secondly, to stop and have a look over our shoulder. Little did we know the sun was rising directly behind us. I probably sat for a good 10 minutes to appreciate the moment and reflect on what had, undeniably, been the best 10 months of my life (so far).

The sunrise over Mount Kilimanjaro on the day of summit, at 4am

Patrick, in front of the sunrise, making his way to Uhuru Peak with us

After appreciating the most incredible sunrise I had ever seen, it was time to make a move and continue our journey to Uhuru Peak. As we continued higher, the climb became steeper and icier until, eventually, we made it to Stella point (roughly 170m from Uhuru Peak). We had a quick rest to catch our breath again, and continued on what was now a gradual incline.

After not showering for 5 days, a bit of altitude sickness, and some really great laughs, Hattie, Patrick, Makachi and I walked the final 170m together and finally made it to Uhuru Peak – the tip top of Kilimanjaro, measuring 5895m. The day was clear, it was bright and so beautiful, but we were shattered.

After spending some time enjoying the landscape and the blanket of snow that covered the whole of the mountain, we made our way back down to Barafu Camp.

Upon arrival at Barafu Camp, we noticed the porters had already packed up and set off. We walked all the way down the mountain, a lot quicker than we had walked up. We made our way back through the rainforest, right to the bottom of Kilimanjaro. What took us five days to walk up, took us one to walk down.

As we approached the bottom, we said our thanks to Patrick, Makachi, Harry, Boniface and all the other porters, and had a big hug. We jumped onto the minibus and were escorted back to our accommodation before Hattie and I left to explore Moshi, the capital of the Kilimanjaro region.

To this day, Hattie and I still reminisce about our experience and the funny memories we made along the way. I still reflect on the breathtaking sunrise, the time and luck I had to spend 10 incredibly amazing months in such a wonderful, welcoming and vibrant country.

Have you travelled with us before? We’d love to hear about your experience, and share it with other African Adventures volunteers.